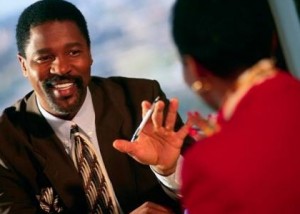 Automaticity and the Graduate Student

If you’re not familiar with the concept of automaticity in the mind, it’s relatively easy to explain. You know how you’ve had those moments where you’ve been driving somewhere and your mind drifts? And suddenly, you’re several miles down the road, but you’ve made numerous lane changes and speed changes? That’s automaticity in a nutshell. We learn methods of doing things and get to the point of doing them intuitively without thinking about how to do them.

You can, of course, go back to doing things with thinking, but it actually takes work. Imagine that while you’re driving so automatically, in the previous example, that a car near you merges into your lane almost running you off the road. Very likely for at least a few minutes, you’ll be very focused on every single aspect of your driving.

So, given that I’m currently doing work in graduate school, and I spend a lot of time in the library databases, it’s not surprising when I go just to check the library’s hours to see if they’re open tomorrow and at what times, I ended up all of the way into PsycInfo, wondering what I needed to type into the search bar.

Having trouble paying attention in a meeting? Doodle!

I was driving this morning and heard a very interesting piece on NPR.

You’ve probably heard throughout your life that if someone is doodling on paper during a meeting or a training class, they’re probably bored and completely disengaged. However, new research pretty much debunks that and when you look at the logic behind it, it does make a lot of sense.

Basically, the brain is a machine that’s geared to process information, and since human perception has multiple inputs there’s a lot of information for it to pull from. When the brain doesn’t have enough to keep it busy, it starts looking for other things to do. Generally it has a couple of choices. One is to daydream, which equals total disengagement. The other is something like doodling, which means that it’s in creation mode. When you’re doodling, you’re still using the information that’s coming in, even if you feel like you’re disengaged.

If you’re interested, go read the article and listen to the webcast. There’s some really interesting information in there about who doodles and how the British press mistook Bill Gates’ doodles for Tony Blair’s and had some really unkind things to say about him.

Bored? Try Doodling to Keep the Brain on Task.