I love to cook. So, I thought it would be nice to share what I’m currently experimenting with and/or trying to make the time to make.

In general, I tend not to create my own recipes as much as I take other recipes and modify them. I will say that hidden deep in my personal cookbook is the secret recipe for Skyline Chili.

That said, here are a couple of the things I’ve been experimenting with or just love to make.

This is something I modified from one of Guy Fieri’s recipes that he’d called Bumped-Up Brussels Sprouts. I just changed it slightly to kick it up one more notch. I’ve been on a bit of a brussels sprouts kick lately, so it just seemed natural. 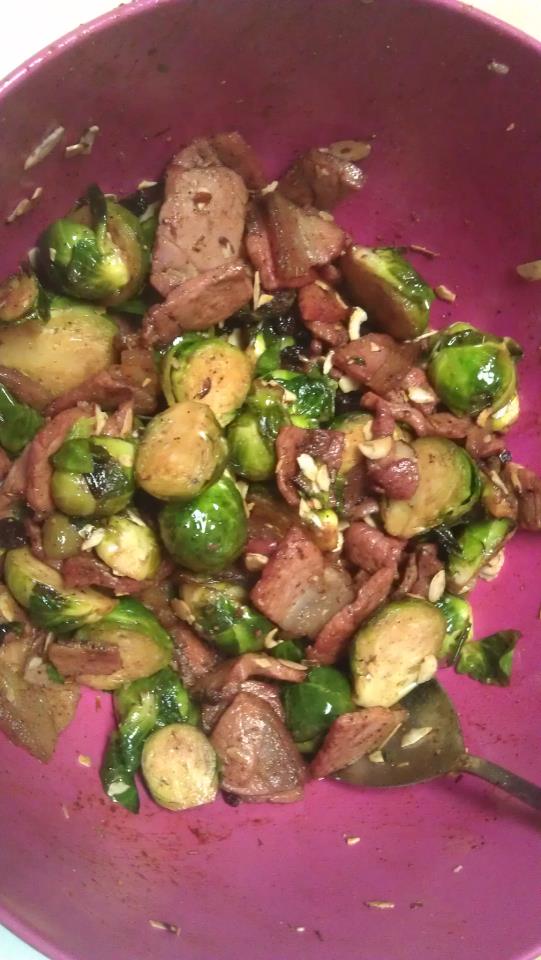 Preheat oven to 350 degrees F.
In a medium pan over medium heat cook the ham and capers. Remove from pan, reserving a little of the ham fat in the pan. Add the Brussels sprouts to the pan and cook over medium heat to begin to brown. Dress with balsamic and olive oil, a little salt (capers and ham are salty) and pepper and the cajun seasoning. Place into the oven and roast, tossing a couple of times, until nicely caramelized, about 15 to 20 minutes.
Put the almonds in a small, dry, saute pan and toast over a low flame, tossing a couple of times, just until lightly browned, 3 or 4 minutes.
Once the sprouts are ready, remove them from the oven and put into a big serving bowl. Add the ham steak, the capers, pine nuts, and raisins. Toss and check for seasoning. Serve.

I’m a pretty much in love with New Orleans and all of their food and culture, so when I found actual File powder in the Asian market near me, I had to find the best file gumbo recipe I could get my hands on. This is it. 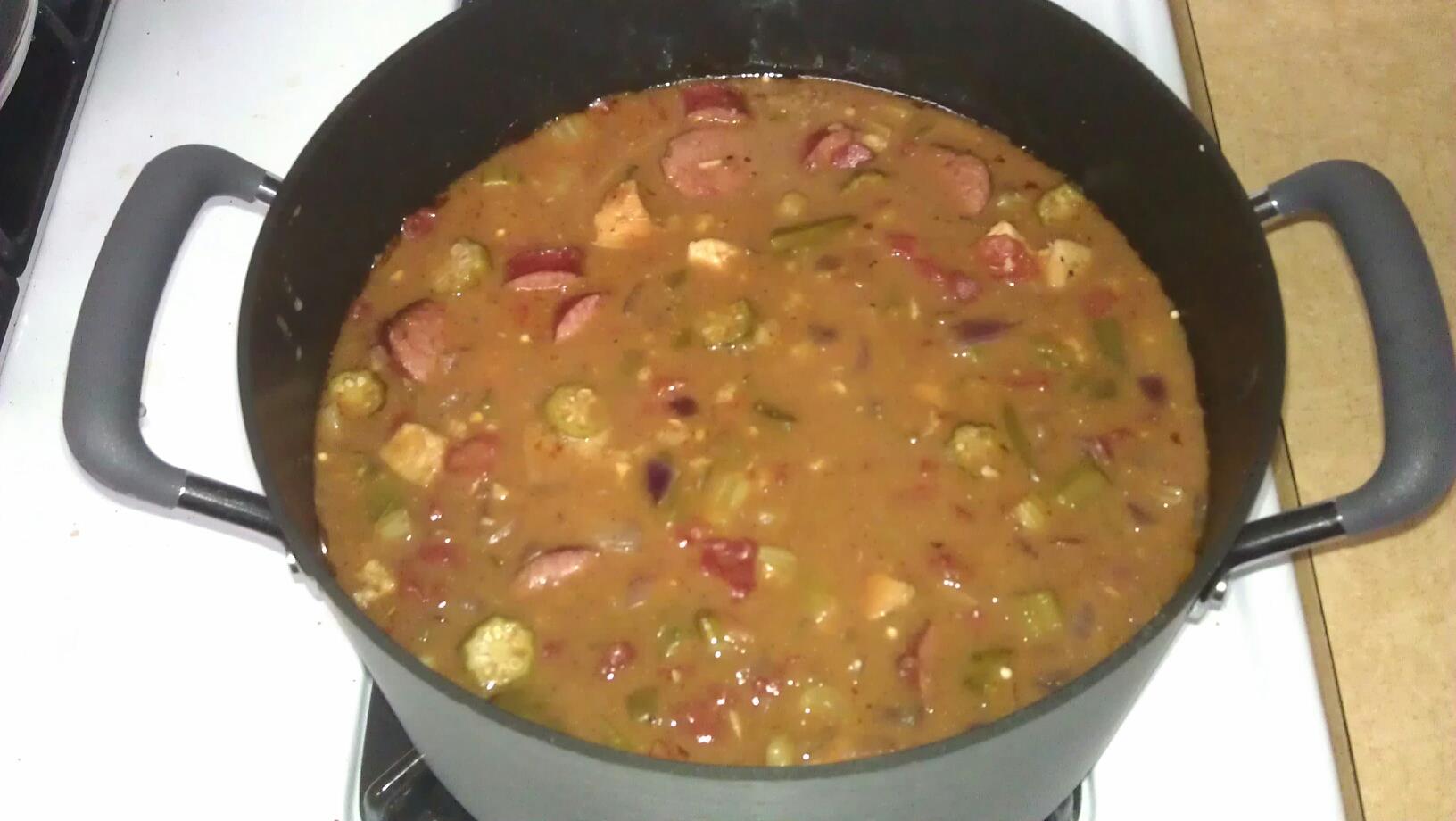 Add the peppers, onion, garlic, parsley, salt, pepper, cayenne, bay leaves, thyme, and 1 quart of water. Stir well and bring to a boil. When the vegetables are soft, put the chicken back into the pot and add the remaining water. In a skillet over medium heat, cook the sausage and ham until they are browned. Add them to the pot along with the shrimp and stir well. Let the gumbo simmer for 1 hour, then add the okra. After 20 minutes, turn off the heat. Ladle a couple of cups of the liquid into a mixing bowl. Add the file powder and whisk until well blended. Pour back into the stock pot and mix well. It’s ready to serve!